WARNING: Do not sign your domain name over to the Domain Registry of Canada. 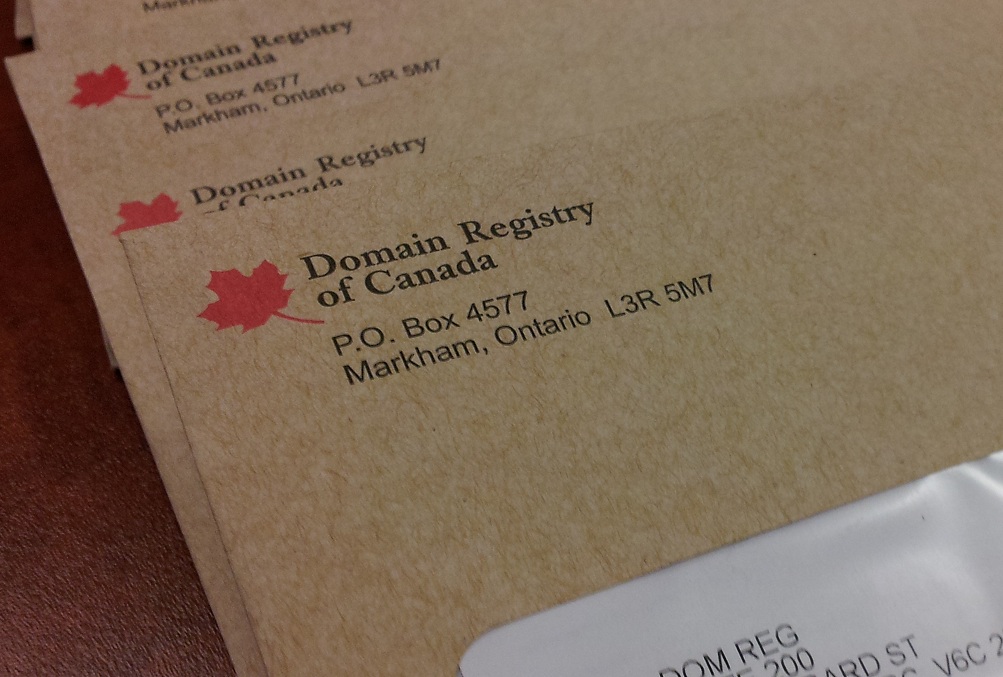 Domain Registry of Canada Scam Envelope Be on the lookout for their deceptive letters. If you are a domain owner, chances are you have already received one or more of these. At some point, Domain Registry of Canada will send you one if you own a domain. The letters are sent in a brown windowed envelope similar to official government type letters. The company uses an official Canada Post branded postage stamp. The letter itself is designed to appear like an invoice and urges the domain owner to renew their domain immediately, as though failure to comply will cause you to loose your domain.

How do they do it?

To get your mailing address, DROC extracts the details of your domain name registration record from the publicly available whois database. This practice, known as ‘whois data mining’, is directly against the terms of use of the whois service. The whois information contains the mailing address of the domain name owner. Once they have the information, they simply send the deceptive letter and wait for the domain owner to take the bait. Their goal is to trick anyone who owns a domain into transferring that domain to DROC. They ask you to send your payment information and email address in the enclosed envelope.

Why are they bothering?

They want to lock you into a service agreement in which you agree to pay exorbitantly marked up rates. They do this because they know that you'll pay those rates for YEARS because you'll find it too much of a hassle or too difficult to leave. They make millions of dollars a year from doing nothing other than praying upon the less tech savvy's level of knowledge.

Why doesn't someone do something?

The company has received numerous complaints from customers who were fooled into sending their money. The company director was fined and placed under probation by the Competition Bureau in Canada and they were also fined by the FTC in the US. Canada’s actual .CA Registry called the Canadian Internet Registration Authority (CIRA) removed DROC’s certification. In fact the abuse by Domain Registry of Canada was one of the reason’s CIRA changed its whois service.

If you receive one of these letters just toss it in the recycling bin! 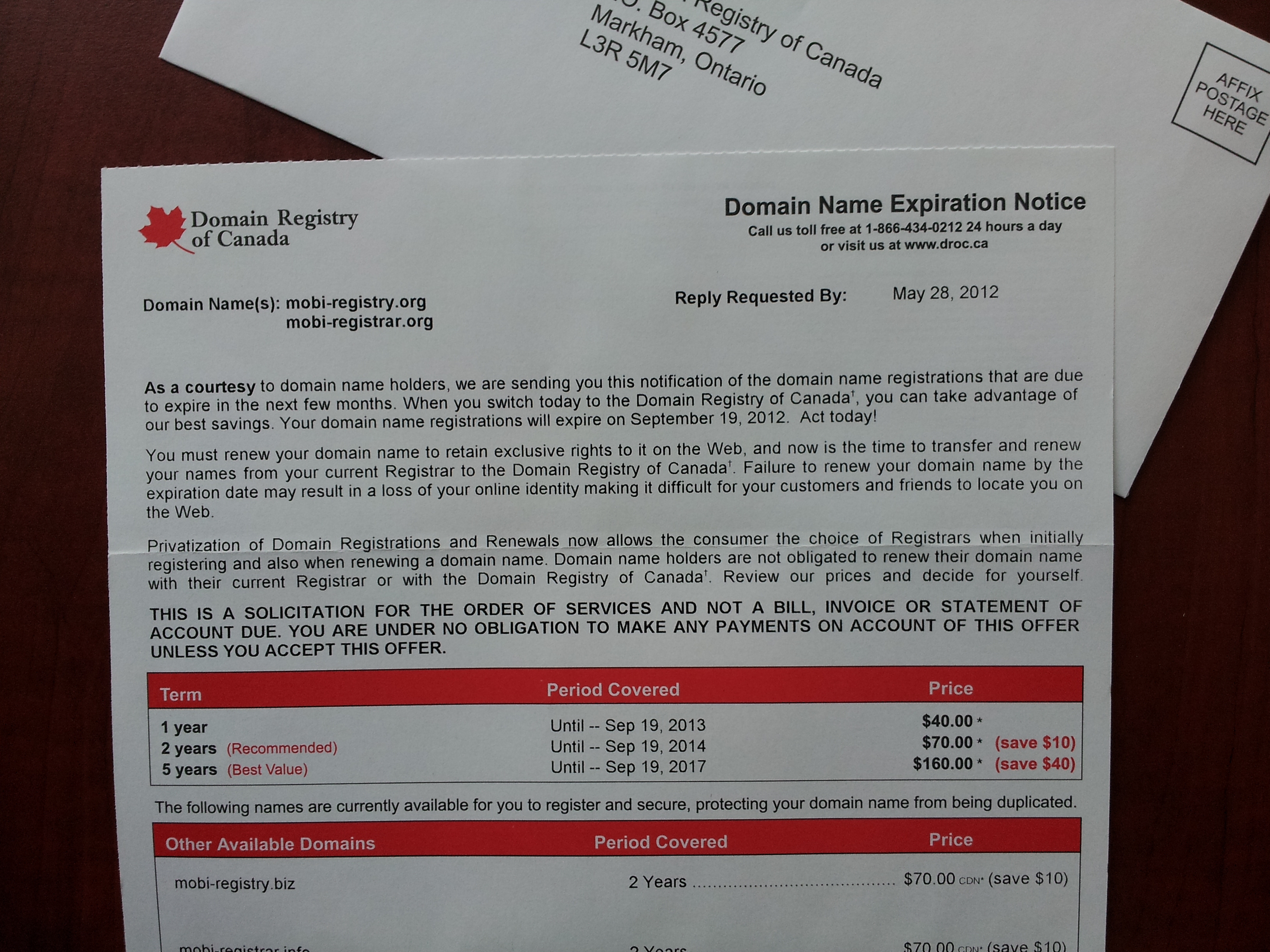